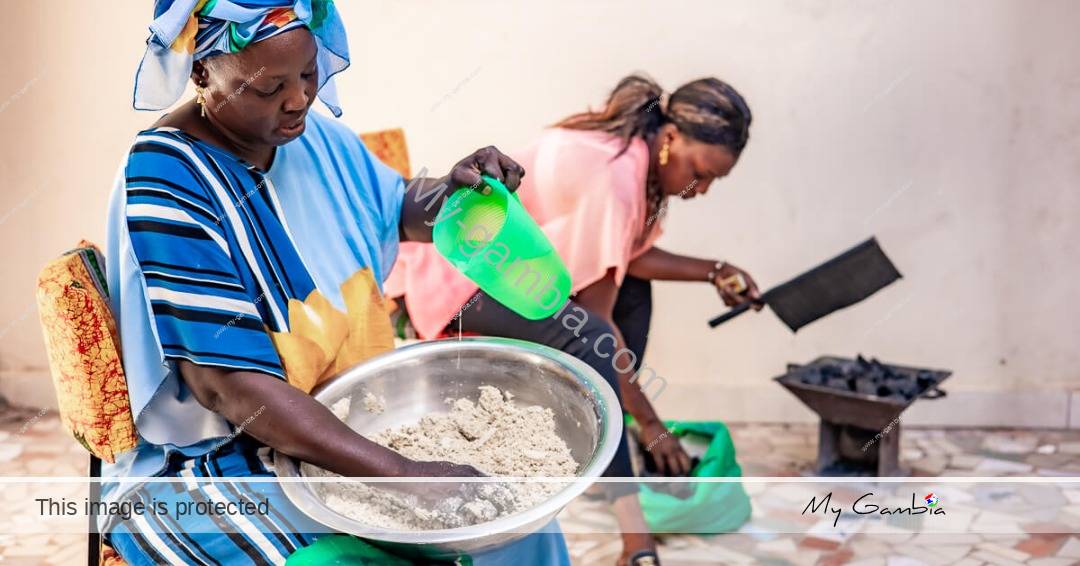 9 min
Lakh Njineh Jobe is a type of porridge that is prepared by the Wollof tribe and is usually consumed for breakfast. It is also prepared during the naming, wedding and other ceremonies. 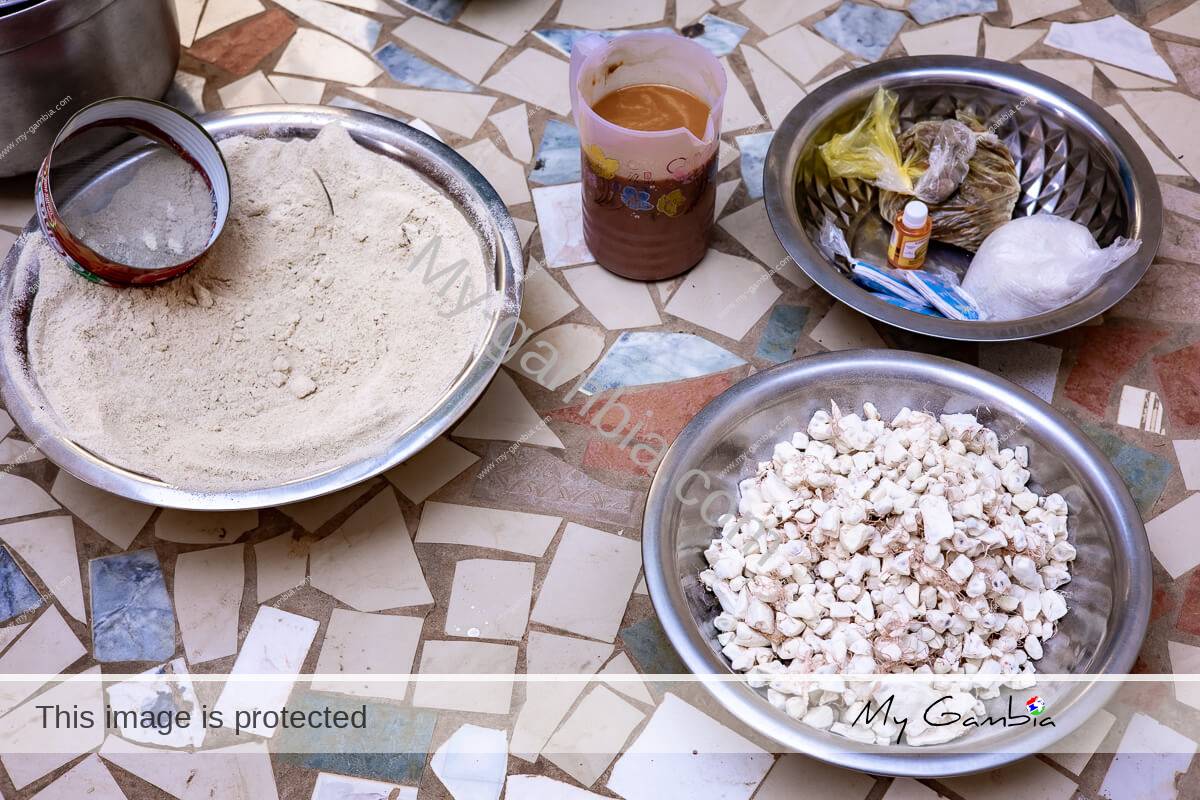 The first step is pounding the millet and then sieving it to leave you with the pure powder after removing the remnant of the grains from it. The flour is now ready to be mixed with a small amount of water to make it into smaller balls (the procedure is similar to Naan mburu). Use a sizable bowl to put some of the flour in it and start mixing it with water. Add water by drops gradually and stir the mixture in a circular motion until small balls form.

In the big pot, bring the water to a boil. In the meantime, you can prepare the topping.

Add salt to the water and start adding the balls to it. While gradually adding the balls, you need to stir the water so that small balls will not stick together. The porridge has to be stirred from time to time to create the right texture and to prevent balls from sticking together or sticking to the bottom of the pot. 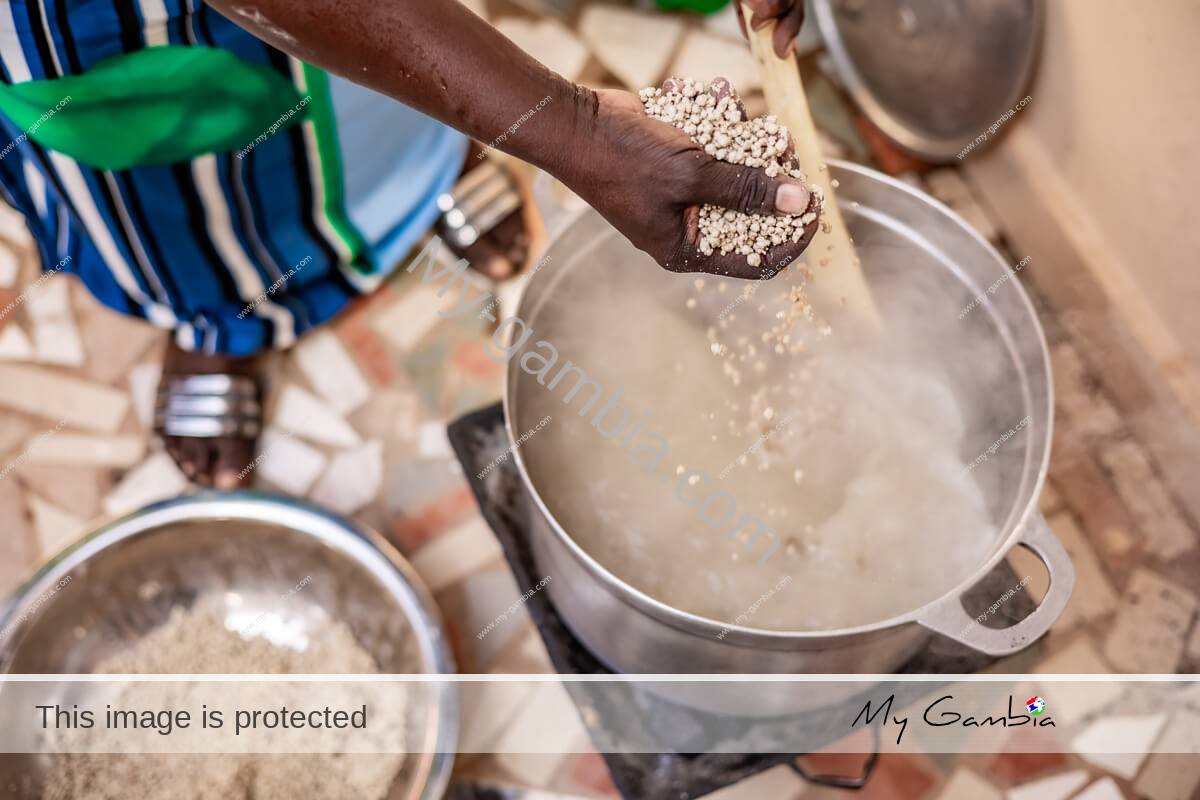 Mix the baobab pulp with the peanut paste and some water until you get an even, thick mixture. Sieve it with a large sieve to remove all the seeds and threads inside. Since it is very thick, you will need a sieve that will let through all the liquid and leave only the seeds and fibre behind. After that, water is added, and the process is repeated with a finer sieve to remove all fibre and remnants from the seeds.

The next step is adding the flavours. Add vanilla sugar, vanilla/banana/other essence, sugar, and nutmeg and mix.

When the porridge cools down a bit, top it with Njineh Jobe and serve it in small cups or one big bowl as it is usually done in The Gambia when eating. 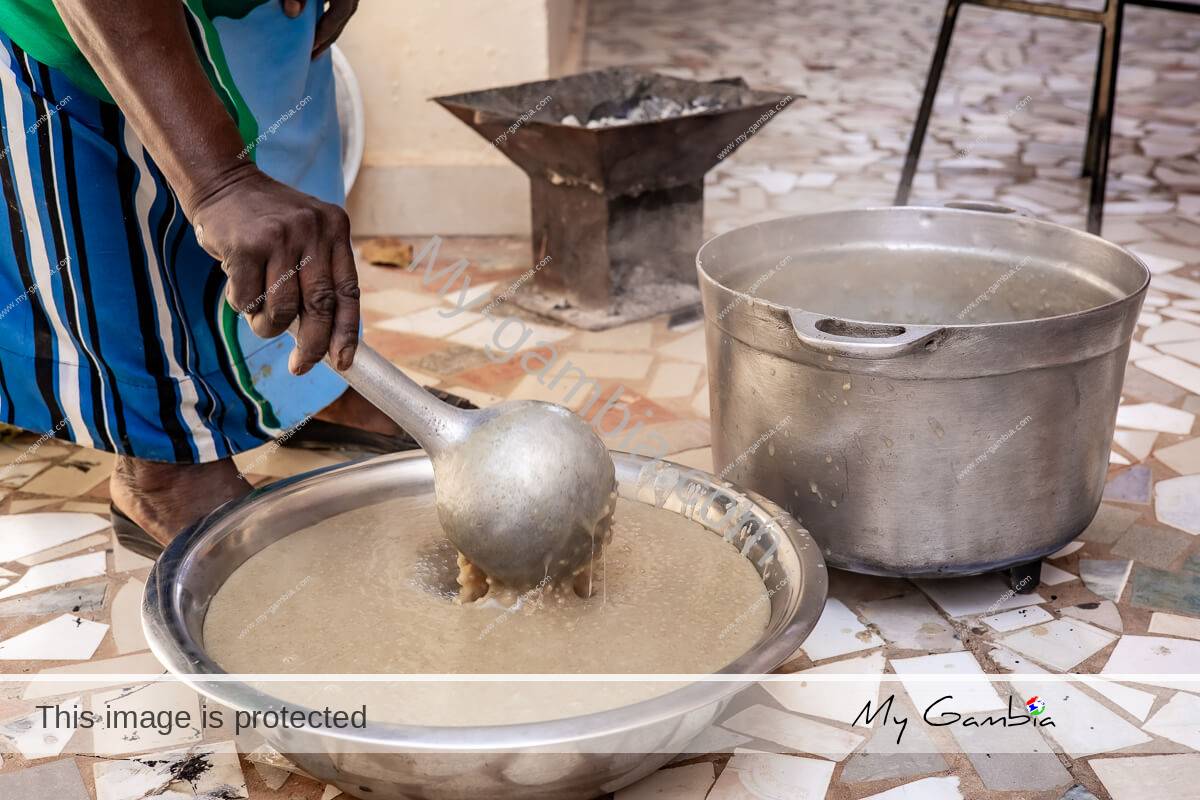 Note: If you want, you can eat the porridge without the Njineh Jobe or add yoghurt or milk instead.

Thanks to Mrs Kuja Janha and Mrs Isatou Cham for sharing the knowledge of preparing this traditional dish with us.

PREVIOUS
Yoga Bliss Gambia: Detox for the New Year
NEXT

Fruit of the month: Baobab 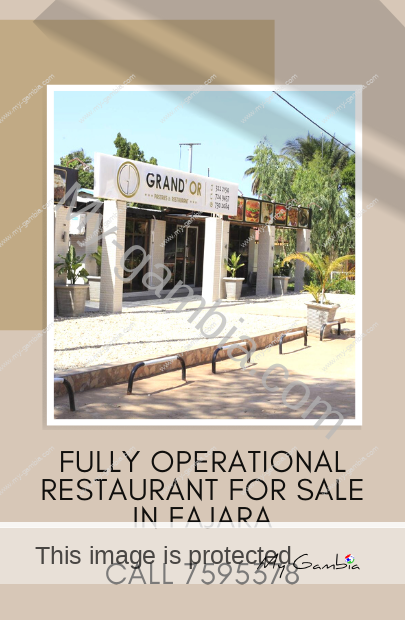 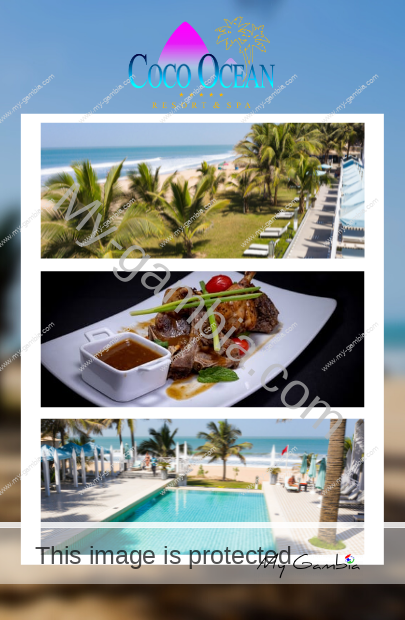 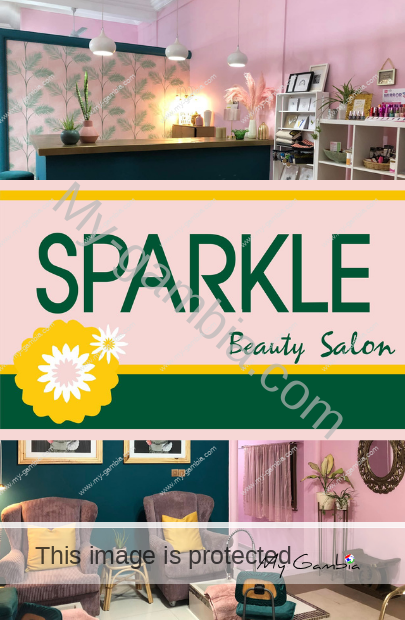 I loved it! I’m coming back!
Sharon's feedback on Gambia Tourism Forum about her recent travels to The Gambia caught our attention. She shared her experience and was to sort out m...
Read more
A month of love
...
Read more
TUKTUK: Invest today, start earning tomorrow
Are you looking for a safe and reliable way to start a small business in The Gambia? Do you want to help your friends and family living here? TukTuk G...
Read more
Zimba Cultural Shows in February
The Gambia Zimba Cultural Group will hold a series of performances in February in the different areas in The Gambia. ...
Read more