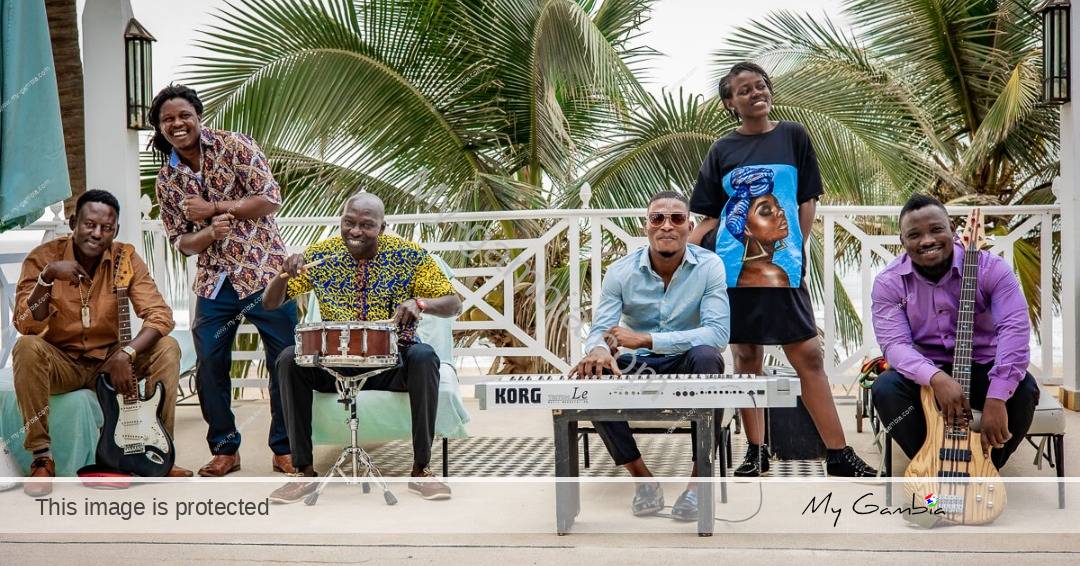 10 min
My Gambia team first knew about the Phoenix Reggae Band when invited to the Christmas Eve Dinner at Coco Ocean. We instantly felt the good energy of the band and were amazed by the gig of lifting reggae music. We could not help ourselves but dance. And we felt, more people should know about them.

When looking for their contact, we were invited to do the interview in the pleasant environment of Coco Ocean Resort & Spa. The resort’s management invites the band to entertain guests on several occasions, and the feedback is always good.

And this is how we learned that band is not only a cover band, but they are also about to release their first solo album. Since we always want to share the music with our viewers, we asked them to share at least two songs with our followers and us.

The band members marked their busy calendars and performed two songs exclusively for the interview. And we loved it!

There is a lot of emotion in the music, and each of the members brings in their unique notes. 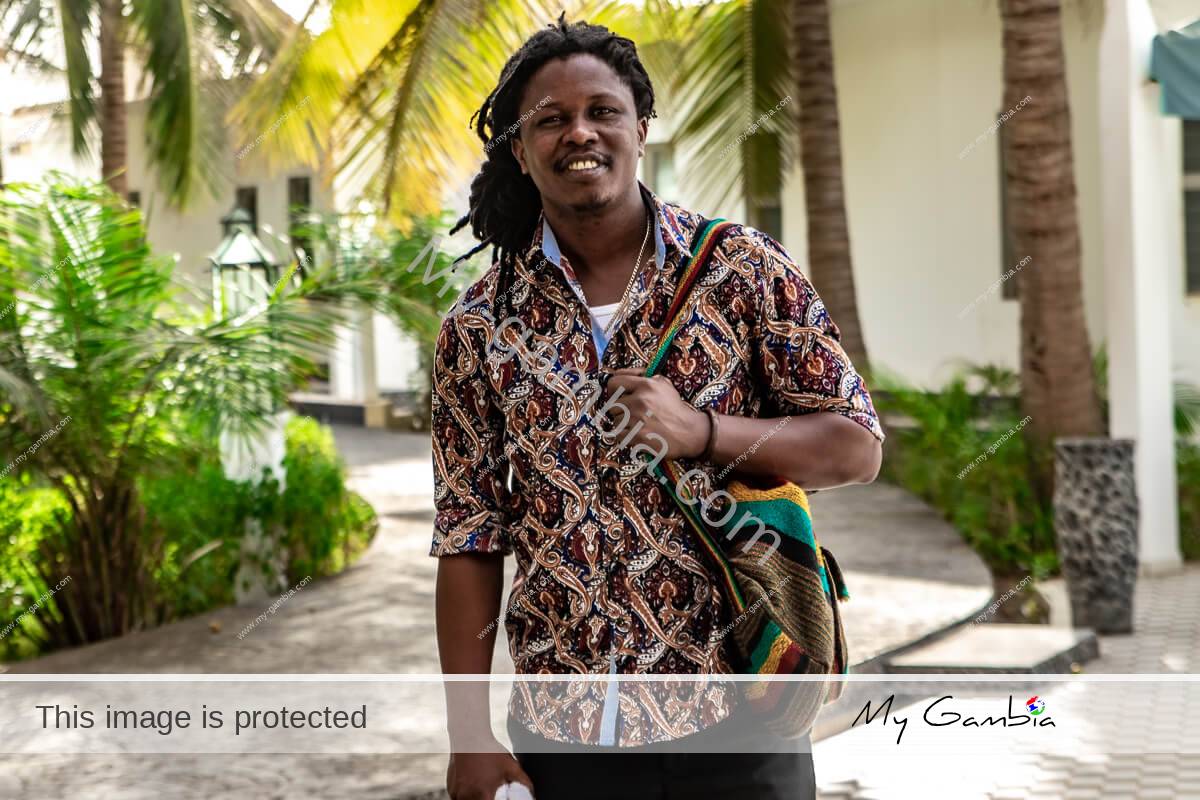 When speaking with the band’s lead singer, he told us the band was formed in 2015. As he admits, establishing themselves in the music industry is not an easy job, so this is where the idea for their name came from. Most of the band members have tried to build their music path by playing with different bands. But when it came to the point, to have their own band, there have been many trials and tribulations, as Benjamin says. Some of the members stayed; some found their own path and were replaced with new blood. And that is why they decided to go for a name Phoenix Reggae Band. Reborn from the ashes, with the genre of music they live for also included in the name.

One of the members that joined in later on in their path is also the pianist, Wally. He has been playing the piano since 2013 and seems like he is made to be a part of this band.

Assuming by the name, we had to ask if reggae is the only genre of music they play. Benjamin explains: “You know here in the industry you have to play all sorts of music, but reggae is our mission. But, in the industry, when they call us to play in the hotels, bars, and restaurants, we decide to learn several music genres to give the tourist the kind of music they will want. But we know that reggae is our mission, and that is why we come with our upcoming album called ‘Magic’, which is only reggae; to tell people this is who we really are.

As it seems, Benjamin and his crew really put a lot of attention to the names. Magic also carries a particular story, which Benjamin describes as a feeling when you meet that one special person and how quickly the love can happen. It is a song about a queen, an empress.

So Magic, an album of 12 songs, will be launched on March 19, 2022, at the Hypolink Village. The tickets are already out, and you can purchase them by contacting the band. Or if you want to invite them for your private event – they will, for sure make a good party. 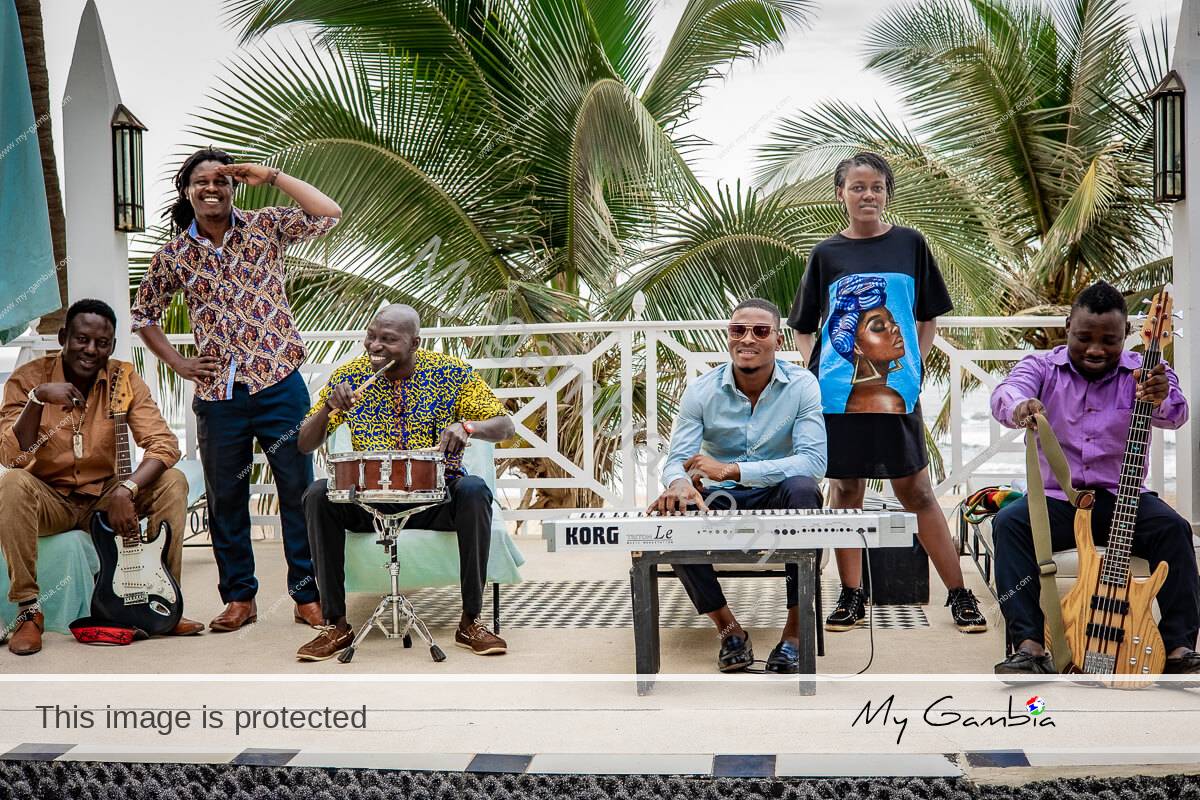 Being at the important breaking point in their career, we wanted to know where they see themselves in the next five years. Benjamin assures with strong confidence that we will see them perform in front of billions and billions of people. And Wally confirms with a smile.

As for the conclusion, we asked Wally and Benjamin to share their message to the world. Wally invited people to accept and appreciate the message of love through reggae music, and Benjamin joined him in saying: “People around the world should hold one another and be together and spread love and stay away from crime”.

PREVIOUS
Experience the real Gambia
NEXT

The GLOVE Project
The GLOVE Project is a charitable organisation registered in both The Gambia and UK. We are the only organisation in the Gambia that works intensively...
Read more
Languages spoken in The Gambia
Gambia is a beautiful small anglophone country located in between a francophone country. So, it is surrounded by the French speaking Senegal and yet h...
Read more
Mediterranean feel on the cliff
If you are looking for accommodation away from the bustling tourist area to enjoy a tranquil vacation, then this could be your next temporary home for...
Read more
Phenomenal Women Wellness Centre
Phenomenal Women is a women’s centre that focuses on your fitness, nutrition, and care. They intend to offer all women, but especially mature women,...
Read more