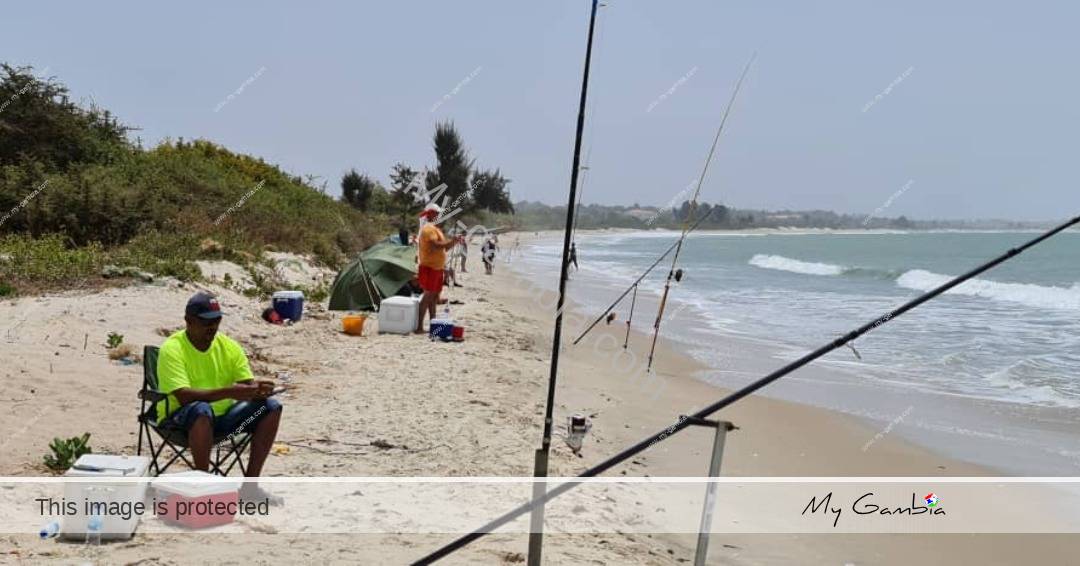 3 min
The Gambia boasts of a beautiful river and a coastline on the Atlantic - "The Smiling Coast" highlights the life of the people of The Gambia and its inhabitants – and what could be a more interesting culinary subject than sea-food or FISH. But we will digress a bit from fish as food, to fish as in tourism activity or Sport Fishing. But once again, with a sense of conservation, eco-tourism and sustainable tourism.

Visualising a business perspective to The Gambia, focussing on a niche segment, Bernard Westgarth, the CEO of "Fish The Gambia”, has for several years brought tourists who passionately come to fish in The Gambia, as a hobby and as a sport. He has also set up what is becoming popular among tourists and gradually being recognised among the more exciting Sport Fishing Competitions in The Gambia. The Annual Fishing Completion and The Gambia Beach Championship have gradually become popular. While the popularity of Fish The Gambia events has grown rapidly, alas, two years of Covid travel and operational restrictions and thereafter difficulties created haven't permitted this tourism segment to take off after the few years of excellent starts.

There has been a restart and a renewed enthusiasm.

Thanks to Bernard's persistent passion and enthusiasm from his die-hard participants, like Mark Goddard and the Tabbal family's, Joe, Tony and brothers, with the sponsors who came on board, Fish The Gambia hosted the 2022 Beach Competition over two days at Sanyang / Tujering on the 22nd and 23rd of March. A number of participants in various categories participated with specific rules and guidelines on the type of bait, the number of rods used, casting guidelines – size and type of fish caught – with strict rules that certain smaller sizes and specific listed species were to be let back into the ocean – certain endangered fish species like the sand shark or guitarfish could be weighed and measured but had to be safely let back into the sea.

Bernard's team would record each competitor's catch, measure them, weigh them – deciding whether they could be kept or let back into the sea – and over two days – of 5 hours of fishing each – culminated in deciding who were the champions this year. While Barbara was very active in the background, Dave Streek, Fanna Njie, Subairou Colley and Gillian Yeomans were busy keeping track of competitors' catches with rules and regulations. The overall champion this year was Mark Goddard, who had a prize catch of a close to 5 Kilo Butter Fish which seemed unbeatable. Joe Tabbal came in Runner up, and Bernard Westgarth came in third in the overall competition. Other notable competitors were Neil Martin, Chris Stringer, Kevin Davey, Bill Collins, Mark Yeoman, Bubacar Chorr & Anthony Martin. Sponsors of the Event were Vibes, SASCO, Codys, Best Water, Amani Bay, Vineyard Restaurant, Saffron Restaurant, Marouns Super Market, El Sol Restaurant, Gambia Kayaking and Smart Media, among others.

The British High Commissioner, David Belgrove, gave away the prizes at an event held at Vineyard Multicuisine Restaurant. Speaking at the event, Bernard Westgarth thanked the sponsors and the participants and exhibited confidence that thereon, this would be a regular event and would grow in participation and stature.

Sindhi New Year in The Gambia

Yoga Bliss Gambia: Common misconceptions about Yoga
One of the most common and first doubts of the exercise is that, as yoga became more common, so did some of its misconceptions. People have made thei...
Read more
Traditional Dish Recipe: Kucha
Kucha is a famous Gambian dish cooked with the hibiscus leaf and served with rice. Kucha is a mix of many flavours, and it has a distinctive sourness....
Read more
Green rates with Djeliba Leisure Group
As we all know, the season is almost over for tour operators travelling to The Gambia. However, this should not stop your plans to travel to the Smili...
Read more
Beach of the month: Bijilo Beach
Travellers are still massively choosing holiday destinations by the sea or ocean, so you will always meet sun, sand, and sea seekers on the islands an...
Read more